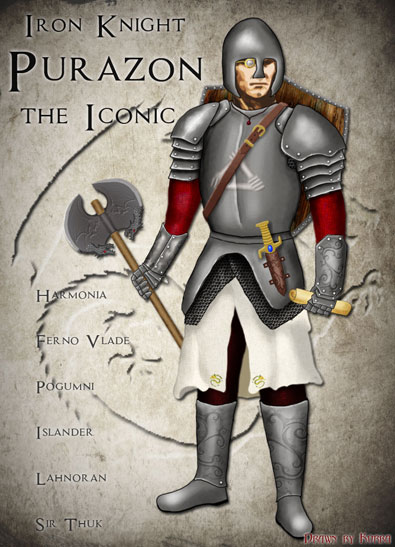 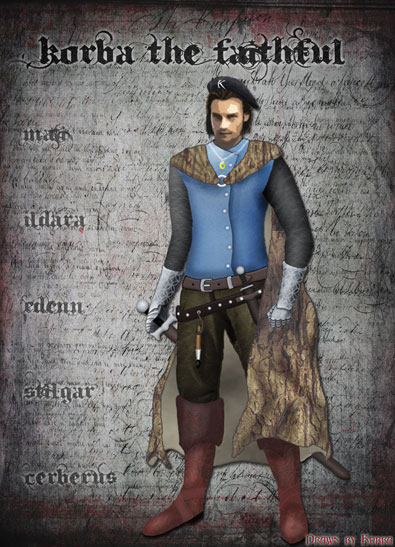 It's not often I have written about advancing but it's a word that can be used for many things at the moment that are worth recording.

Firstly and of least importance I have finally proceeded beyond my 62nd level. I'm not sure how many marcs it has been since the trainer taught me new skills, in fact it's the first time the crier has called my name as a rogue! The next level is close behind so there will soon be a trip to Ethucan and the Holy Temple of Ben and its forge. I wonder if the initiate would like a journey.

That's the second piece of news, an initiate has asked me for advice, and potentially a trip to the temple in the future. I won't record her name here, but she shows promise in patience, although I fear she may find my old clerical habits hard to deal with, and the incident with [COLOR=red]red sparks[/COLOR] may put her off for good. We tried to make amends by collecting a few suitable items and leaving them where the change happened but who knows. I will be praying as much as training that's for sure, perhaps crimson blooms would be more suitable if I can manage to find some.

The final matter is a matter of both lesser and greater importance. I have begun the process of applying to The Twenty Two. I hope I can answer all their questions satisfactorily.
Korba posted @ 16:15 - Link - comments (1)

The ex cleric was deep in the cavernous depths, at the bottom of the mountain canyon. He was preparing to venture into the maze of crystals and rock, an area he had never successfully mapped.

A deep growl echoed in the confined space breaking his concentration. He had noticed the cave bear when he entered but it had seemed content to ignore him, now however it was looking at him in a menacing fashion.

Cursing quietly for not paying his taxes, he rummaged in his pack looking for something to threaten the bear with. The lockpick looked small and silly in his hands, even to his own eyes but it was better than risking his precious paintbrush, now carefully stowed away.

The bear growled again, in an even more aggressive fashion, thinking again the ex cleric looked in his pack and found a sweetroll. Rolling it towards the bear he wondered if it would distract the creature long enough to escape.

The cave bear eyed the sweetroll contemptuously and eyed the ex cleric even more hungrily. He had just enough time to take a deep breath before, claws, fur, teeth...

He awoke at the life monument, pondering the unusual behaviour of the cave bear and mourning the loss of a perfectly good sweetroll. The odd behaviour continued as apparently the same sweetroll dropped into his lap a moment later to the echoes of bear like laughter.
Korba posted @ 09:31 - Link - comments
039044 visitors